Everything you need to know about Axie Infinity 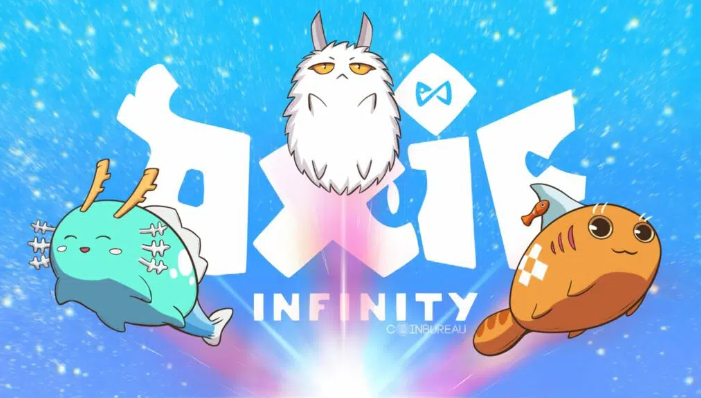 Imagine being able to make money – a lot of money – while playing a Pokémon-style game.

Axie Infinity is part of a new gaming trend known as “play-to-earn,” which merges cryptocurrencies and gaming.

The Phillippines, whose economy was particularly hard hit by the Covid-19 outbreak, saw the Axie Infinity craze take up. Due to the lockout, many people turned to Axie Infinity as a source of revenue – and have continued to play-to-earn once the restrictions were restored.

But how does Axie Infinity work in practise? What are the potential dangers for children and teenagers?

What is Axie Infinity?

Axie Infinity is a digital pet community where you may purchase creatures known as Axies and use them to fight, explore, and breed with other Axies. It was created by the gaming company Sky Mavis and runs on the Ethereum cryptocurrency. Although the game has an 18+ classification, it is visually enticing to younger children due to its Pokémon-style design and lack of a clear age-verification mechanism.

To begin, you must first purchase three Axies with Ethereum. The initial purchase of these Axies can cost up to $1,500 (£1,115) in cryptocurrency. Axie is presently working on a lower-cost version of the game, which could be offered for download in the App Store or Google Play Store for free.

Sky Mavis has created their own digital wallet, Ronin, which is compatible with Axie Infinity. After you’ve linked your Ronin wallet, you’ll be able to buy Axies using it.

There are two major methods to play the game, both of which require you to hunt out two separate assets. Smooth Love Potion (SLP) is one of them. SLP is earned by completing daily missions and playing adventure games or arena matches. SLP is a resource that can be used to breed Axies in an infinite amount.

AXS tokens are the other resource. There are only 270,000,000 of them available in the game. AXS is a cryptocurrency based on Ethereum. AXS token holders have governance rights in the game, which means they may make decisions concerning the game’s future. They may be able to buy out Sky Mavis and run a truly decentralised economy in game if this trend continues.

You can either sell your Axies for AXS tokens or search the game for these tokens. These can then be converted to fiat currency, such as the British pound.

An Axie is a non-fungible token (NFT). Non-fungible refers to something that cannot be replaced. You own the unique URL that describes an NFT if you purchase one. Even if someone took a screen capture of your NFT, they wouldn’t be able to replace its unique data identity.

Even while you’re not playing, Axie Infinity allows you to possess that character as the owner of the NFT.

Using Axie Infinity’s managers and scholars system is one way people have avoided the hefty price of joining.

Managers are people who have either been playing the game from its inception or who have amassed a significant collection of Axies thanks to their money.

Managers give their Axies to players that are unable to pay the full purchase price. These academics then use their borrowed Axies to play the game, earning SLP and AXS tokens in the process. In exchange, the manager requests a percentage of their earnings. This can range from ten percent to sixty percent.

Managers and their scholars can create ‘guilds’ with other manager and scholar teams to tackle more difficult tasks.

As consumers recognise it as the most cost-effective option to join Axie Infinity, applications to become a scholar have grown in popularity.

What else do you need to know?

It’s vital to understand, as with any cryptocurrency-related venture, that the value of your currency or NFT might fluctuate dramatically. If the game fails or the value of AXS tokens or Ethereum falls, Sky Mavis is not responsible for any money you lose.

It’s possible to invest a significant amount of money into the game only to discover that the worth of your Axies has dropped and they are no longer as profitable as they once were.

Although Axie Infinity is labelled 18+, there is no age verification. When you join up for Axie, you do it using your cryptocurrency wallet, and the suggested wallet, MetaMask, allows users under the age of 18 to do so with parental authorization. This is also true of other cryptocurrency wallets. Keep in mind that if you let your youngster open one of these wallets, they might easily sign up for the game.

Children should not play Axie Infinity because they are especially vulnerable to being exploited by other gamers and may not fully comprehend the ramifications of spending’real’ money.

In principle, Axie Inifinity is a simple method to generate a lot of money without leaving home, however it’s currently prohibitively expensive to even join the game unless you enrol as a scholar.

Playing Axie Infinity does not guarantee a job. While some managers care about building a community, others are more concerned with making a profit. You may end up earning less than minimum wage if your manager demands for a cut of more than half of your earnings from playing.

Scholars are frequently in unstable circumstances, and a profit-driven management can take advantage of this. Children who have circumvented the age restrictions would likewise be considered vulnerable gamers.

Gaming can be a very rewarding career if you’re prepared to put in the time and effort, as we’ve seen with Esports players. However, Axie Infinity is unique in that it makes use of bitcoin, which is notoriously volatile.

Ensure that your child does not use Axie Infinity until they reach 18, as they could lose a lot of money or be exploited by other gamers.